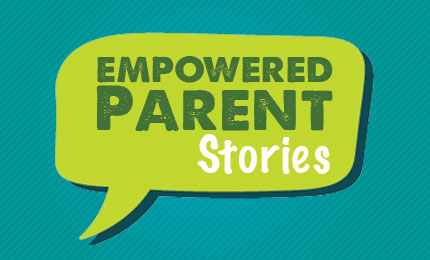 Nora was a mother who knew that her children needed a learning environment where they would be challenged academically and wanted to afford them every opportunity to succeed.

As a Spanish-speaking parent, Nora refused to accept the misconception that her resources for finding the best fit school for her kids would be limited due to a language barrier.

“The advice that I would give other parents is to educate themselves about what is out there, and the help that is available to us,” Nora said. “Some parents think that just because we can’t speak English it will be difficult to find resources, but there is always help available.”

Originally, Nora applied to a single school for both of her children, 7th grader Julian and 1st grader Ximena. After being waitlisted, she thought that her search was over. After using the School Search on the Families Empowered website, she found out about other schools in her area that might also be a good fit for her kids.

“When I first applied, it was just my son who was accepted, but eventually my daughter was also accepted. I have both of my children enrolled in IDEA Public Schools in Austin, and I’m super happy about the opportunity for them to be there.”

Through her experience in finding a school that she felt would stimulate her children, Nora has been able to become an advocate for her school of choice. Her kids are happy in a classroom where they are able to perform to the best of their abilities, and Nora is proud to say that she loves the school that she sends them off to every day.

“I’m happy that I opened the email from Families Empowered, because I usually just trash things like that without even looking at what’s inside,” Nora confessed. “I received a few calls later on from the Families Empowered team asking about my kids’ waitlist status and I was happy to report that I found a school that is perfect for our family.”